LaCroix Optical Co., a custom manufacturer of precision optics, formally announces the 13,750 square foot expansion of their manufacturing facilities in Batesville, Arkansas. The expansion will bring the total square footage to 46,250.

One of the largest independent manufacturers of precision optics in the United States, producing custom optics for use in medical, laser, scientific, military and industrial equipment, LaCroix Optical is expanding the current facility to accommodate future manufacturing needs and preparing the privately-held, family-owned company for future generations.

“I've been proud of our history and growth through the years,” said Ray LaCroix, Jr. “but this building addition provides space for new opportunities that are the future of LaCroix Optical.”

Founded in Chicago, Illinois, in 1947, by Ray LaCroix, Sr., the company started a second site in Batesville in 1966, and relocated the whole operation in 1976. Ray LaCroix, Jr., who has been working for the company since 1961, took over leadership of the company after the death of his father in 1985. The company has thrived in northeast Arkansas and is celebrating 50 years in the Batesville community.

"We view this expansion as a sign of a continued and future commitment to our clients, employees and community," said Kirk Warden, executive vice-president and marketing director.

In announcing the building expansion during the annual community appreciation fish fry, LaCroix Optical also unveiled an updated name, LaCroix Precision Optics, to better reflect the industries they serve and have revised and updated the logo as it celebrates the upcoming 70th year anniversary. 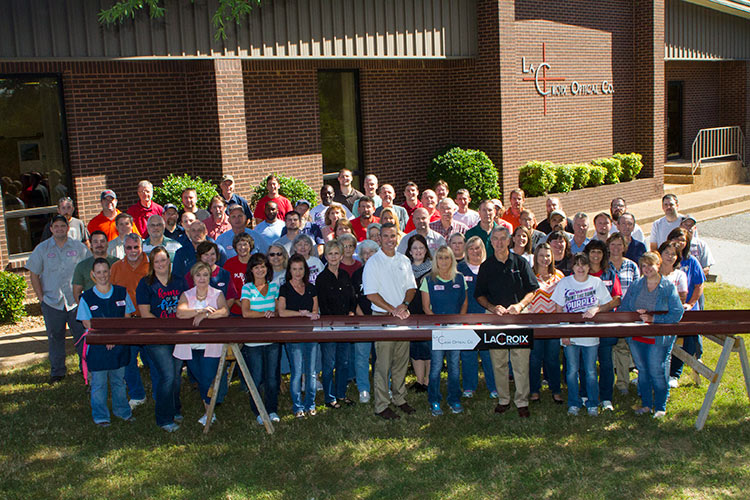